Bungie has released a Destiny first month roadmap, telling us when we'll be seeing Xur again, taking on the new Leviathan Raid, and more.

Revealed on the Bungie Blog, the image reveals that two of the most asked-about events will begin next week. Firstly, the game's first Raid - which allows teams of six to take on Destiny's hardest, most esoteric challenges - will begin on Wednesday, September 13.

That will be followed by the first appearance of exotic item vendor and tentacle-faced mysteryfreak, Xur on Friday, September 15 (and will be returning every Friday for the foreseeable future). 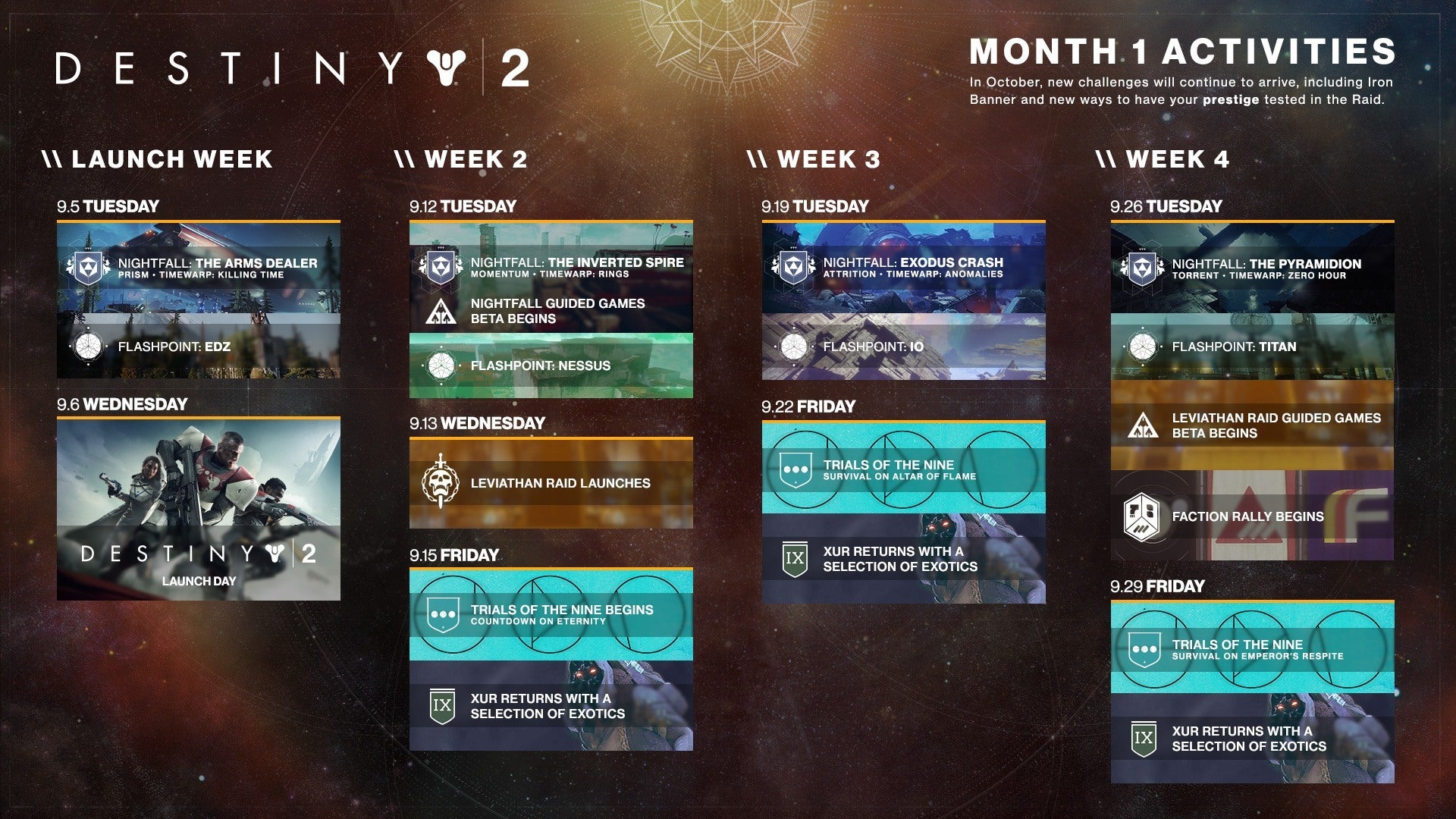 Read The Rest at IGN Entertainment